Red Dawn, was one of my favorite movies of the 80’s. I saw it a few times at the movie theater in the Pierre Bossier Mall. I loved to imagine I was a Wolverine. I am Generation X. We were alone a lot and latch key kids. Used to being alone and being self sufficient. It was a time where kids at Bossier High School could still carry a pocket knife and go duck hunting in the morning and have your shotgun in your car without any worries. We had gun safety courses and boys were still taught to become men. Anyway, that story will be posted later.

So, I wanted a shovel for my Jeep. I was on Amazon and found a Soviet Union Special Forces shovel at a real deal. Even knowing it was a remanufacture I had to have it. That was over a year ago. One day it showed up at work and  I forgot I had even ordered it. So many  stamps.

Once it arrived I pictured a small shop in a former Eastern Bloc country maybe the Czech Republic. They had stolen the tooling to manufacture this shovel and the wooden handle came from some underground Cold War era Soviet Bunker. It looked and felt authentic AF.

This shovel is a mutha fuckin weapon as much as my beloved USMC KABAR is. I was super stoked the sheath was cool it feels light in my hands and like it could crush skulls. Think WW2 Island Hopping Campaign. When we won wars by killing till they gave up.  It was more than my expectations. I have used the shit out of this shovel and will tell those stories in a future post. 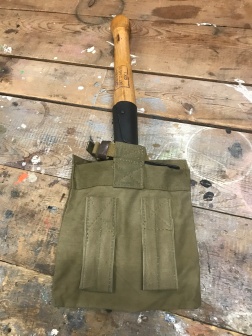 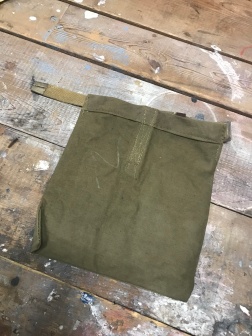 Impressed AF. They did a great job with everything. The link is dead now but you can find shovels similar to this one. There are many shovels like this shovel, but this shovel is mine. I do the YouTube and such here.