When I was a small youth, my parents took me on vacation to Fort Walton Beach, Florida circa 1974ish. We stayed the whole summer in a rental home. My father had just purchased a new metallic blue Cadillac with a white vinyl top — it had a thermometer on the rear view mirror and an under dash 8-track with Paul McCartney and the Wings on loop. 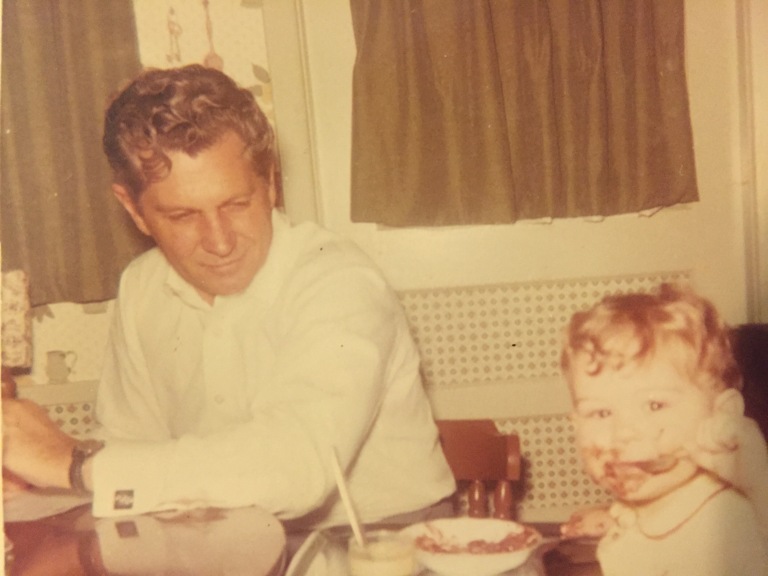 My mother always tells me there were two things non-negotiable with me. 1) I refused to sleep with a shirt on and 2) Every where I went, I carried a backpack.

That summer I collected lots of seashells, small pieces of drift wood and other various trinkets purchased from the local tourist shops. A great summer for an 8 year-old boy who caught his first King Mackerel with his dad while deep sea fishing in the Gulf of Mexico.

*1). King Mackerel caught on the trip with the Captain

On the return trip back to Louisiana –  about the time we leave the Florida panhandle and hit Alabama –  my mother confronts me about a smell coming from my never-leaves-my-side backpack.  I casually deny any foreign smell. After said backpack is confiscated and I sink into the light blue plush in the back seat of the Cadillac, I get ready for the wrath of my dad – a WW2 Navy veteran with a no-nonsense attitude and matching humor.

Earlier, while on the last beach recon of the day, I went next door to a motel called the Coronado. All of the housekeepers were cleaning rooms making them ready for the next visitor. I scanned the carts on look out for cool things they might have. I spotted the travel size soap. It smelled like man, like when my Dad takes me to Riser’s Barbershop in Shreve City. I emptied the box of miniature (but perfect for me soaps) into my backpack and proceed to the next cart ’til my pack is full. Thankfully for me and my butt, my Dad is amused by my antics and was glad I saved him money on soap.

I went through many packs during my years. Some lasting longer than others. One of my favorites I won during a Hyperlite wakeboard tournament. For the first time ever, second place was best. I still have it with all my skateboard patches sewn on. I had to retire it due to it falling a part.

Flash forward a few years. I have become a fat mess. I moved my daughter to Austin, Texas to grad school at UT (Hook ‘em Horns). We take a picture before I leave. I look like I ate a village. The whole village – including all of their donkeys and a year’s worth of hay. I realized I need to make a drastic change.  As a Marine I weighed in at 145# and was now at 237#. Chesty Puller would have sawed off my head.

One day I stumbled across an event called Tough Mudder. Self-proclaimed as the toughest event in the world,  I sign up for a Dallas event a few months ahead so I can train. I noticed a small link to an event called GORUCK in the corner of the website.  Think link takes me to a video of a GORUCK event in NYC. I thought to myself, “This is my kinda shit” – and signed up. 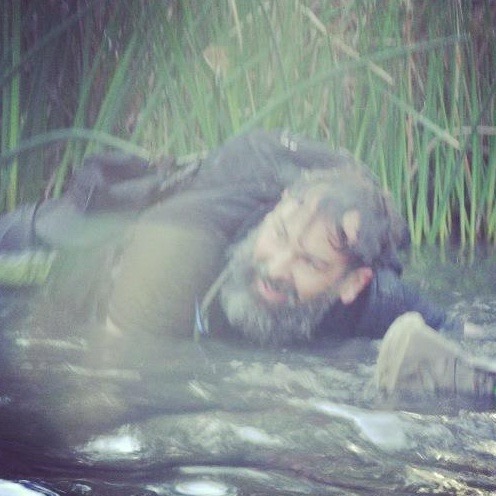 Now, this is not about the GORUCK Tough Challenge, it is about the pack. Which out of respect for GORUCK I will call a ruck from now on. No matter that as a Marine, this ruck is a pack.

I have found my forever pack. Sorry “ruck”, old habits are hard to break. I purchased my GR1 in 2012. I was impressed at how stiff it was. I examined all the stitching, zipper, pulls, pockets, straps, and the red reverse flag patch I ordered. All exceeded my expectations. During this time, there was little or no intel on GORUCK. Everyone was hush mouthed. So I decided to test this ruck in my own way while training and using it as my EDC.

Bricks, a Glock, books, knives, leatherman, all the EDC gear, a camelbak, extra clothes, all put into the ruck. Everything but travel size mini soap from motels. It soon became a part of me.  I took it everywhere, washing it when it got dirty. I had found the ruck that was mine. I ran a few 5k’s with it to break it in. My first serious event was the Dallas Tough Mudder and then a few months later, GORUCK class 294. It was a part of me. Bringing memories back of my Florida backpack, my ALICE pack when I was a Marine, and my Hyperlite pack I won back in the day.

One thing that sets my GR1 apart from all the others is the group of people I have met through purchasing it. There are memories of travel, adventure, events, and even memories of me sitting quietly at a coffee shop using the GR1 to carry my Macbook and write this blog. Some memories were sad trips that were a one time thing with someone gone away, others a voyage to hangout with a GRT in Wisconsin, now a lifetime friend. The black and shiny is now more grayish and faded. It now fits against me like a tailored suit. One trip to SCARS to get the straps repaired, coming back with a leather patch embossed with barbed wire branded in leather.

It is more than a pack and/or ruck. It’s part of me. Like the patch I once made for a fundraiser. . . .This is my ruck, there are many like it, but this one is mine.

I encourage you to do a GORUCK event. Buy a GR1 try to wear it out. Meet new folks, some are pricks like my buddy Coz, others solid gold.

Special thanks to Jason McCarthy, the Cadre, and all the GORUCK family for making some awesome gear and building a family. If you would like to meet Jason, myself, and a lot of other GRT’s come to NOLA May 6, 2016. See attached links below. 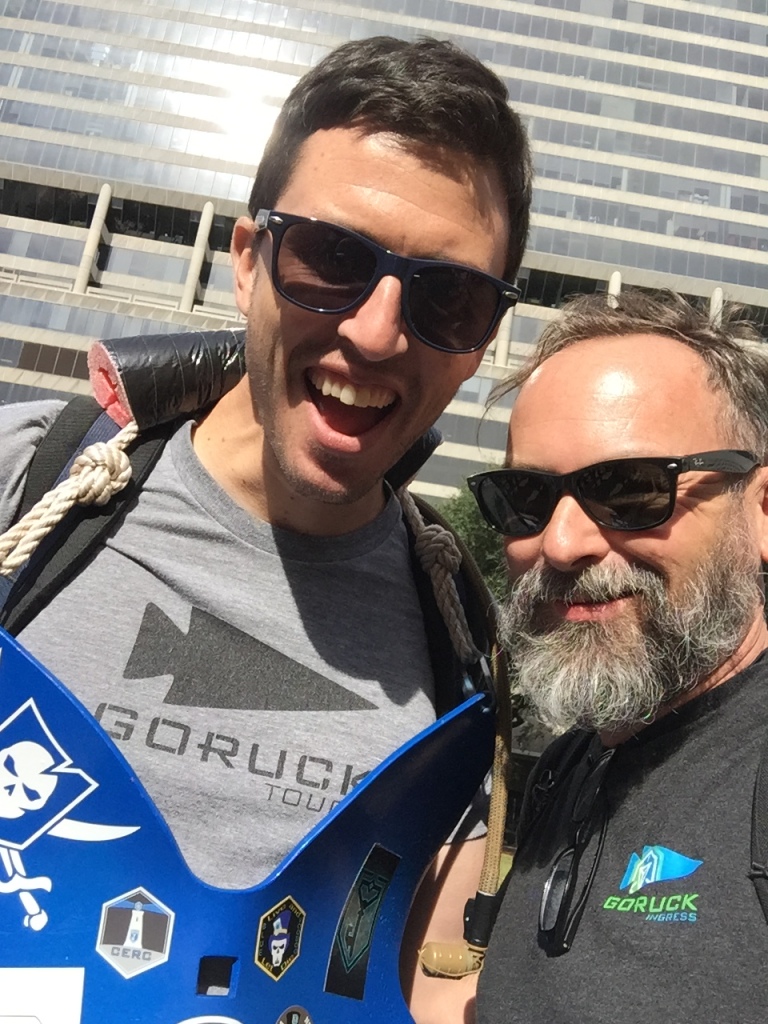 Get your own GR1